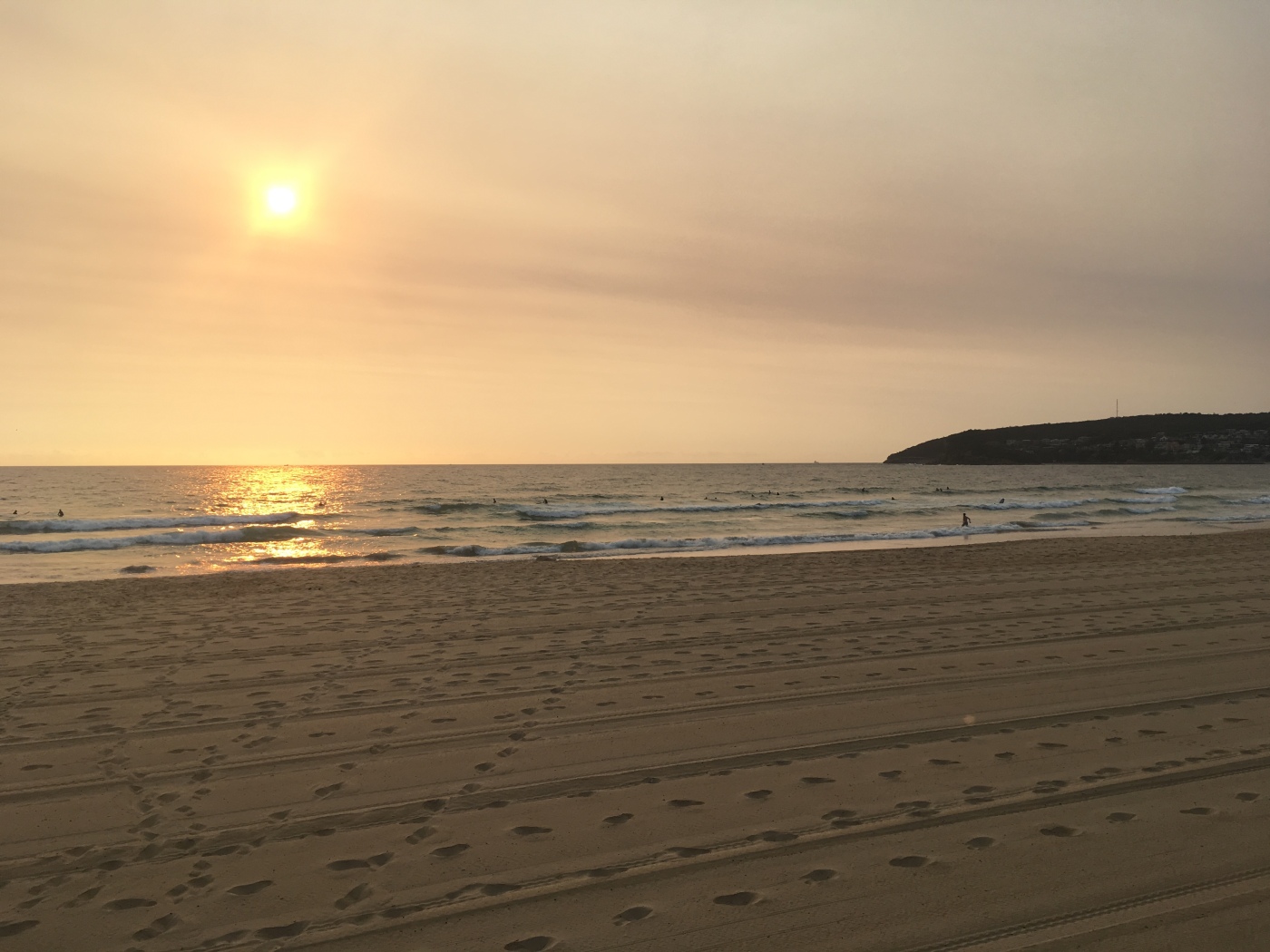 Since being in Australia I’ve watched the beach culture in action, observed little kids being schooled by their parents or grand parents, taken in the water etiquette of surfers vs swimmers, admired those on boards or body surfing. I spent the first few days wondering how I could fit in here. In my imagination I could be a awesome surfing girl. I’d ride the waves fearlessly, looking sexy in my wetsuit with beach-tousled hair and bronzed skin. I’d be strong, skilful and graceful in the water. In reality, unfortunately, I’m a weak swimmer, unused to the rough ocean waves, frightened of drowning in a rip or getting stung by jellyfish. Or eaten by a shark. Or knocked unconscious by a board-rider. Or a whole bunch of other potential calamities, large and small.

I know surfing isn’t my thing, and that’s OK. I never wanted to be a surf-chick! But one thing I really did want during this holiday was to take a run along the seafront. Last time I was here, more than five years ago, I watched the runners enviously, never thinking I’d be able to join them. Running is a new-old thing for me — I used to love running as a child, but lost the energy for it for much of my adult life. I’m only just picking it up again. 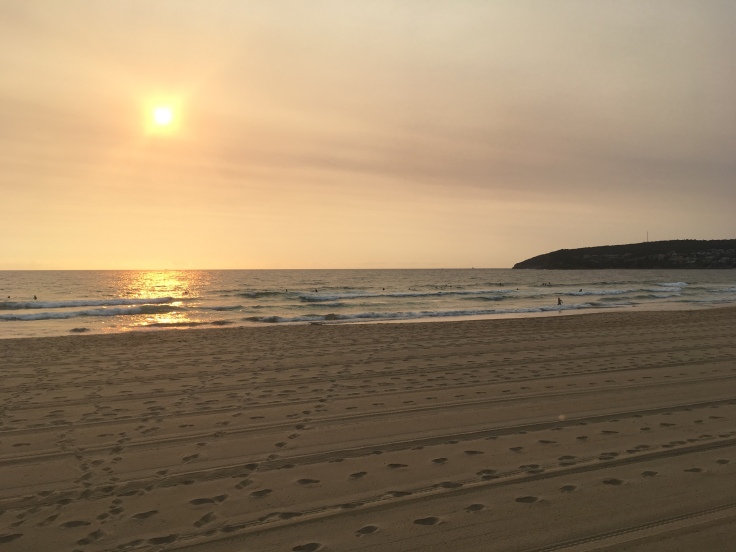 This morning I got up early and fulfilled my modest dream. I ran for half an hour as the sun rose over the ocean and the temperature began to climb. It was wonderful and I enjoyed every step! It also felt surprisingly easy and natural despite not running for more than a month back home. Here I was — doing my thing in amongst all those energetic fitness types I used to be transfixed by.

On the beach later, I watched Hubby catching waves and enjoying the tumbling surf. He was in his element. I had some fun of my own practising my handstands, making use of the soft-landing of the sand as I explore tiny moments of upside-down balance. Between the running and the playing on the sand I recognise I’m definitely more a land creature than an ocean-going one!

Hubby insisted on taking some photos. “Show your teacher that you’re doing your homework” he urged me. Now I’m pretty sure my teacher could tell if I wasn’t doing my practice and he doesn’t need any photographic evidence from me! Plus I’m shy of my efforts in his eyes. But I really enjoyed how proud Hubby was of the progress I’m making. He knows Handstanding is much more than the achievement of a pose. It’s a challenge and a reconciliation, an exploration of fear and of joy, a reframing of what might be possible and what’s already normal. Just like running. I’m just happy I can do them both without getting wet. 🙂

One thought on “Beach style”

the juice is in the journey

tales of love, growth, failure, and everything inbetween