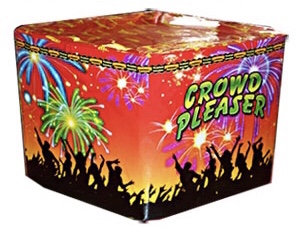 My teacher wonders if he’s wasting my time in the monthly private we have. I wonder if he is trying to tell me I’m wasting his time… I’m slow to move, low in confidence, lacking the perspective to sift through my confusions. Perhaps I’m missing the point in yoga? I feel mired in all the kleshas simultaneously. We’ll see how long he’s prepared to stand by while I find my way step by hesitant step. Or maybe I’ll blink first and quit the yoga show. One yogini, exit stage left.

But the comment from my teacher, if I take it at face value, raises interesting questions about the teaching and learning of yoga within my culture. J Brown again puts into words something I’ve been trying to articulate from my own small personal perspective. He suggests that the majority of people coming to class in the western world are after a feel-good fitness regime more than any kind of spiritual enlightenment or even personal growth. He characterises them as not being “willing to take on a radical inquiry into the nature of being, and having the courage to manifest what is discovered in attitudes and actions”. Because of this, he sees the teaching of modern yoga to be more about pleasing customers than passing on the wisdom of ancient cultures; it’s about ensuring students feel they are getting their money’s worth. Would my teacher raise his same concern to me if I wasn’t paying him for his time? And in this modern yoga relationship, which of us determines what I learn?

Because really we’re not students at all, we’re customers. We commonly use the language of study, but I don’t know many who practise yoga in such a dedicated way. We might show up to class regularly (many do every single day), we probably take a few workshops if they’re offered, but few of us take our yoga home and pursue it day after day. J Brown’s “radical inquiry into the nature of being” is a tall order.

Teaching my own class recently I found myself talking about yoga as a discipline. I don’t remember why. Trying to correct a general point of alignment? Maybe something about attention to detail, conscious movement, that ‘ease’ needs to be cultivated? I don’t know now… But I do remember feeling uncomfortable saying it, wondering if discipline was not quite the right word to use, if the concept would be an unwelcome one to my students. Most likely, as J Brown suggests, they were there just to stretch a bit and relax — not cultivate discipline, let alone that deeper inquiry into the very nature of things.

Now I wonder: if I don’t believe you can buy yoga, what am I selling? Only a year into teaching, I don’t want to develop such doubts about the Yoga ‘industry’ so soon. Where’s the honeymoon period of confidence and unshakeable enthusiasm, where the only worries are about playlists and fancy sequencing? Not heavy concerns about wisdom and integrity, and whether I have enough of either to share with others. Perhaps I’ll chat with J Brown for more perspective — he’s in London in January! 🙂