Hubby offered to guide me through practice the other day. He could see that I was struggling with fatigue, physical and mental, and that I was finding it difficult to find the energy or inspiration to practise on my own.

I received his generous and loving offering rather ungraciously I’ll admit! I’d like to say it was the tiredness talking. Tiredness that makes simple activities feel like Herculean labours, that sucks the joy out of life and reduces the day to necessary actions only. But really it was more than that. A flicker of anxiety that he would offer something amazing, fluent and full of his natural spirit that would make my efforts at teaching look clumsy and incompetent.

But once I’d allowed the nicer part of me to come to the party, I joined him on the mat and breathed alongside him, following his cues and taking the poses he offered. And actually it was rather lovely. Of course it was! This was my beloved offering me something from his heart. It was genuinely him, inviting me to join his practice, extending his support to me so generously. No, it wasn’t perfect. And, yes, the critical part of my brain couldn’t help but run a silent commentary evaluating the sequencing against what I’ve just been learning…

But the most amazing thing about it was the window it gave me into his body and his mind. I learned a lot about what he finds difficult and what he enjoys. Even from a mat’s distance and not consciously watching his practice I could feel his physical resistances, sense his fears, as well as the moments when he blossomed open and found his yoga-groove. The times he spent in particular āsana-s revealed some of his preoccupations and the quiet simplicity of his practice evoked such tenderness in me, since it showed not only how he works carefully within his own limits but also because it revealed that my own acute sense of physical limitation is still far beyond where he is comfortable. A lesson to me in self-criticism and the danger of hypocritical double-standards!

He quietly withdrew and left me alone at the end of practice, knowing that I prefer to re-enter the world more slowly, stepping off the mat as cautiously and consciously as I come to it. Rituals on entering and leaving. 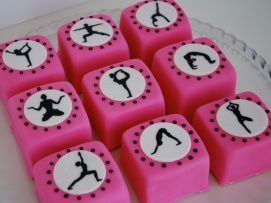 Now I’m reflecting on this experience. If this unpractised but loving offering left me feeling so touched and cared for, maybe that’s the secret of good teaching? A fancy sequence or an on point soundtrack is the icing on the cake. The cake itself is opening your heart and making a loving offering.

Could I do that too?

… So maybe this is why in our final practical assessment in TT my teacher simply asked us to do the best we could.

2 thoughts on “Sweet yoga at home”