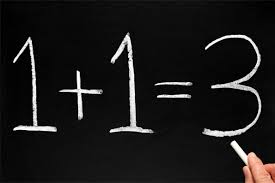 A few months ago my teacher made a half-joking suggestion that I could try taking two classes back to back. I didn’t even know that was allowed! My first thought was “shouldn’t I ration my class attendance so everyone gets a look in”? I’m so law-abiding! My quick-following second thought was all about whether I would really be physically up to this. Which is, of course, why it was a topic of conversation between us.

He said one day he’d give me a nod to stay for the next class. Now I’m pretty sure that’d never actually happen, it’s just not his style to make this kind of invitation; he doesn’t make demands. No expectations in yoga, right?

All the more reason perhaps to give some thought to this casual-sounding suggestion.

Why would I want to do back to back classes? I’ve played with the idea for a while since. It could be an easy ego trap — a bit like climbing Everest. Just do it because it’s there. There’s a pretty powerful high to be got from exceeding one’s anticipated physical limitations. But I didn’t want it to be just that.

But I know from experience that longer, stronger practice yields up some unexpected and unlikely fruits. And when I’m very tired I do my best or my worst yoga. It’s practicing on a knife edge. Either my body will grip and strain as it tries to hold me up when muscles feel weak and my concentration falters. Or my tired mind relaxes its need for control, stops anticipating and questioning, and eases back to let my limbs and breath take over the show, so that the body softens into ease rather than strains to hold form. And my mind and my heart drift off somewhere else entirely…

So I’ve started exploring how the double class works for me. One day recently I did a class at each end of the day, one evening I did two classes back to back. I’m not sure so far what I feel other than self-conscious. (Reception clearly thought I was hilarious in my concern about taking up class space, telling me I was “very yogic”!!)

And I’m curious for what might be. It’s kind of like starting yoga classes from the beginning all over again — a bit of weirdness to overcome, new soreness to accommodate, pacing and stamina to figure out… and then anything’s possible maybe. For now I’m just playing with it a bit. No expectations from me either. Perhaps it’s part of my figuring out of tapas.