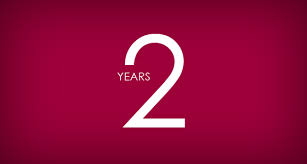 Round about this time of year is my two year yoga anniversary. And I just found out it’s four years since my yoga studio set up business (hence their lovely give-away of 4 free passes to bring friends and rellies to class). It feels like it should be a good time for a thoughtful and serious blog post reflecting on what I’ve learned in the past two years. Or better, a gratitude-ful post acknowledging what I owe to those who teach me.

But I can’t do that.

I can’t find the words. I feel uncharacteristically quietened. Humbled even. Everything is in flux and I am just swept along. And I know I’m following in greater footsteps than I’ll ever make.

So here’s just some notes of what two years of yoga looks like for me. Yes, I realise this reads embarrassingly like one of those ’10 ways to tell if you’re a yogi’ or suchlike that do the social media rounds, but I’ve gone one better with 11 and thankfully none of them includes getting an OM tattoo:

I don’t know if this will ever add up to yoga. I just know I feel vulnerable and wide-open, my protective shell is melting away. It’s scarily wonderful. It’s how my life is just now. I think my practice is just to stay open to it and see what happens. Anything is possible, nothing is certain.

I can’t imagine what my third yoga-versary will be like, but I hope I’ll still be in happy symbiosis with my studio as they turn five and my yoga practice turns three.

5 thoughts on “What does two years of yoga look like?”

The Year of Living Deeply