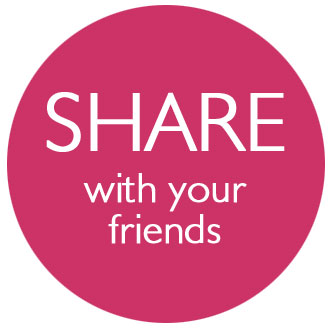 Two mats are better than one!

A good friend of mine is becoming increasingly interested in yoga — probably because it features in almost every conversation we have despite my best intentions not to inflict yoga on all those around me. She should stop asking me what I’m doing at the weekend/evening/lunchtime… It always involves something yoga-related. 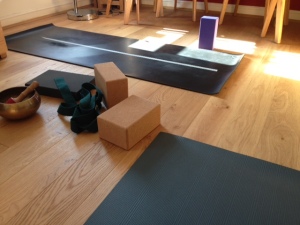 She’s also a loyal follower of my blog, so she probably has a very peculiar idea of what yoga is all about! So this morning we decided that we’d stop talking, and start doing. She arrived chez babycrow at a very ‘healthy’ hour for a Saturday morning and with a bit of furniture moving I made space for two mats in my sunny lounge. And we spent just over an hour doing some yoga together. It was fun! It was the serious fun that I think shared yoga should be.

I concentrated on keeping her safe: no fancy poses, emphasis on good alignment and listening in to the body. She’s a serious runner and therefore pretty fit, so I had prepared a nice, but unfussy, flowing sequence that I thought would offer the cardio she’d want, but I also planned some pause points to stay longer in some poses to give her the experience of breathing into a shape and being still.

But of course, best laid plans…

I could tell she was nervous (but probably not as nervous as she’ll be right now reading this post!) so I just got started before I started to feel self-conscious also. That wasn’t going to help anyone. We began gently with some seated breathing and stretching, moved into some cat-cow stretches exploring the spine and getting used to things. First Downward Facing Dog. All going well. I managed to cue well enough for her obviously to gain length in her back and referring to my known hamstring history allowed us to explore the relationship between hips, lower back, and legs as we compared straight vs bent legs. I was able to translate these lessons into forward folding also. But plank into knees-chest-chin was more of a challenge. Do runners have muscles in their arms? I wasn’t anticipating this to be the difficult part, since it’s so much part of my regular practice, but clearly it is a tough manoeuvre for beginners, requiring significant upper body and core strength. Plus I found it really hard to describe even when I was demonstrating it.

So change of tack. Flows based on sun salutes were not where we were today. Plus I think she needed more reassurance than I had expected about alignment and general shape of poses.

I picked a handful of asanas that offer understandable shapes (the popular images associated with yoga) that would all feel significantly different — so we practiced Warrior 2, Squat, Tree, Warrior 3, Baby Cobra, Bridge, ending with some seated forward folds and Savasana. I tried to strike a balance between physical practice and verbal explanation. We agreed afterwards we’re both very thinking people, and joked that if we could learn yoga from reading a book, that’d be our first choice!

This was a lesson in what flexibility in yoga really means: definitely not the bendiness in poses but in responding skilfully to what you find when you step onto the mat — or in this case what I found when I introduced another lovely being onto my mat.

She was clearly glowing at the end of it and said she felt ‘enlightened’, I think more about what yoga might be rather than that I’d allowed her to develop a state of samadhi just like that! Or who knows… Yoga practice can be magical. At least I didn’t put her off immediately; in fact she said next time Hubby is away for the weekend and we have guaranteed quiet space she’d like to do it again. I look forward to that.

Best bit? Just hanging out together in tree pose, finding solid strength downwards and amazing lightness upwards. We swayed together in the breeze. And we laughed hard! A beautiful shared pose. Her first baby steps in yoga, her first Vrksasana — and I was proudly there!

3 thoughts on “Sharing my practice: yoga with a friend”